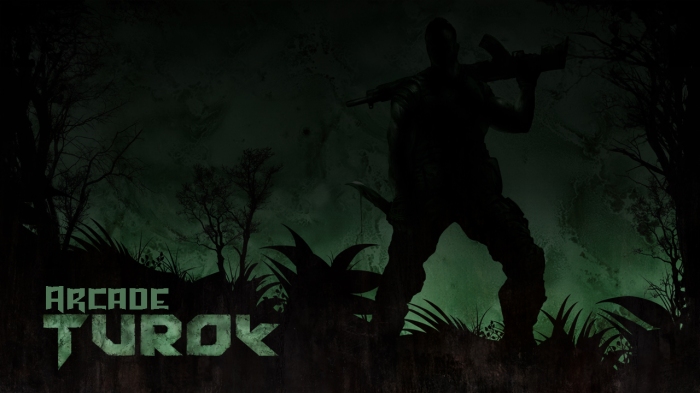 This is a project I am working on over time. It started just because I wanted to make Turok move faster but evolved into a little more then that. Its generally the same game but with little tweaks to change the game into more of an arcade feel. After making it faster I realized how I don’t like hiding behind rocks when the enemy soldiers are around. I want to be able to run n gun and blast them away however I please without just dying whenever I peek out from hiding.  I removed some of the knife glory kills to make it more action packed you will have to actually take them out instead of pressing one button to dispose of them. This is especially for the raptors, because I want to fight the raptors while moving fast and not just take them out with the stealth knife kill. There are still minor kinks that I am working out but its really coming together.

I have change list notes to while its not the official change list this is the rough draft that I add to each time I change something so I can keep note of it.

Last but not least a small video preview. Forgive me as I am still adjusting to the new game play it almost renders the game new.