Darren Mitchell is a composer who is probably most known for his time and production with Acclaim/Iguana game scores, not to say he hasn’t done other things. In the Turok community he is well respected for the legendary tracks he made for the Turok games! I think we all could agree they’re some of the most interesting tracks out there. Being vividly different yet still producing catchy and fitting atmosphere’s. Turok needed a unique one of a kind sound to pair up with how Turok was. Turok was a 90’s fps shooter but everything down to its music was no generic rip off. The music really brings something out in Turok it helps bring the game to life and it can’t be compared to much. The soundtracks go in my top favorites any day everyday. I like them all but some of my personal favorites are the tracks Lair of the Blind ones, Mystic, and the Campaigner’s Lair.

You should check out his music page on Band Camp. Where Turok and other titles are available.

Thanks to Darren Mitchell for going through with this its much appreciated and great to hear from him. Now, let’s jump into the interview!

1. How did you get aquainted as the composer for Turok?

As the only in-house composer at the time, I was responsible for the music on all games Iguana was
making. They had all been sports titles up to that point and Turok: Dinosaur Hunter was the first non-
sports game I ever scored! I ended up with the project because it just happened “next” on the list for
the company!

2. What tools and equipment were used to create the music in the Turok games.

I used a lot of Ensoniq ASR-10 and TS-12 sounds for Turok 1 and 2. For Turok 2 I had more space on the
cart so I was able to use more than just drum sounds. Most of the orchestral sounds are from the
Roland JV-3080 Orchestral Expansion card. My sequencing was done in Performer, and then some
proprietary tools were used to make it all work on the N64.

3. Were you given concept arts, videos, and screenshots/theories about each level before you made the
tracks?

Not usually. The producer would describe the level, what the creatures would be like, the atmosphere
of the world, etc. I would take that information and then start writing, with a lot of back and forth to get
something we both liked.

4. Did you listen to any music to help grasp any innovations for the setting of Turok?

Most likely, I was going through various movie scores of a similar genre and learning from those
composers. That is how I usually operate when asked for a specific style, I do a lot of listening before I
start to write.

5. How do you feel about music in games today?

It’s awesome! Very few limitations and the ability to create truly interactive music! I can only imagine
how different the music for Turok would have been if I would have been able to do that!

6. Do you have a favorite Turok track of your own?

Port of Adia and River of Souls.

7. Do you happen to have any of the beta unreleased music from the Turok games or have any idea
where they went?

No. There are some avid collector’s out there that have some really rare stuff, but it is hard to find.

8. If there were to be a new Turok game, how interested would you be to do the music again?

Of course! That would be a great honor!

9. What have you been up to since your days at Acclaim?

I have been working in games with various studios since leaving Acclaim. For the last few years I have
been doing a lot of mobile titles, writing concert works for large ensembles and living in the Seattle
area. One of my works for Symphonic Winds, Ascension won second place in the 2013 The American
Prize competition.

10. Any word of advice for others trying to become composers for video games?

Today there are many, many talented composers trying to get in to games. You need to know more than
just composition, however. There will be times when you will be expected to be able to implement
your music into the game engine using either middleware such as Wwise or using the company’s
proprietary toolset. There are only a handful of the top composer’s who ‘only’ write music, so knowing
and understanding game technology is an essential skill!

Bonus: Do you happen to know what any of the voices are saying on the Rage Wars tracks? Do they have any meaning?

All of those voices are from either an Apache or Zuni tribe. They are from a Native American CD that was distributed by Illio as I recall. So yes,they are saying something. I don’t recall the translation, but the solo speaking voice is a tribal leader speaking of tribes spiritual views as it relates to the nature around us. At least that is how I remember it! 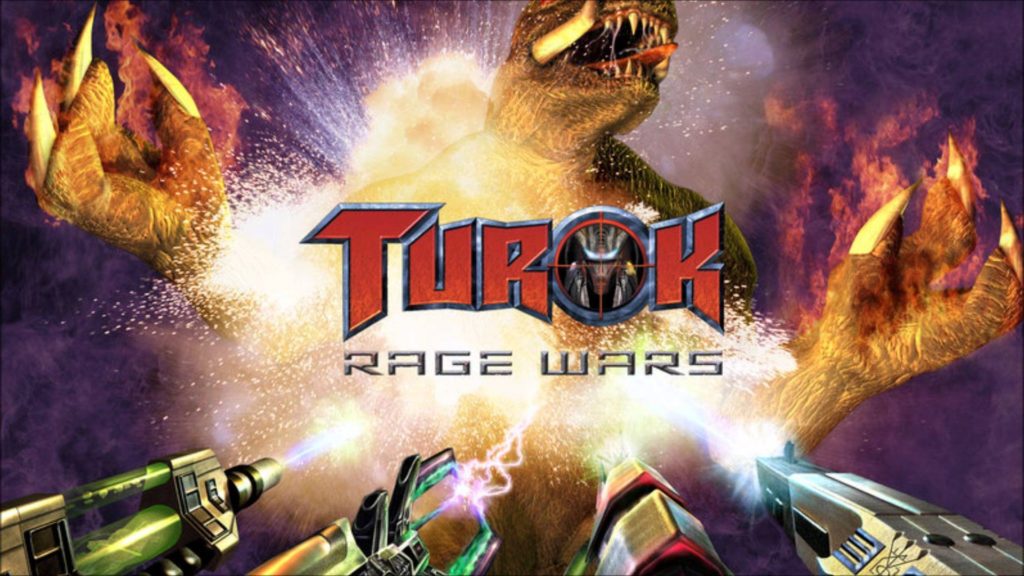